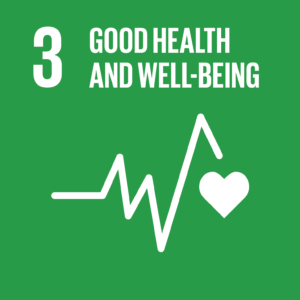 The Millenium Development Goals had addressed this issue to a large extent. It had worked on the core issues of eradicating health menaces like widespread Malaria in Arica, the rapid spread of HIV/AIDS, Polio, and other such diseases. In 15 years, the number of people newly infected by HIV each year has dropped from 3.1 million to 2 million and over 6.2 million lives were saved from malaria. Since 1990, maternal mortality fell by 45 percent, and worldwide there has been an over 50 percent decline in preventable child deaths globally. Immense change has been seen in the infant mortality rate, life expectancy rate etc. Yet there are miles to go before we reach the actual goal.

Despite all the progress made, AIDS is still the leading cause of death among adolescents in sub-Saharan Africa, and 22 million people living with HIV are not accessing life-saving antiretroviral therapy. New HIV infections continue to rise in some locations and in populations that are typically excluded or marginalised. Various factors cause these ramifications. They range from poverty, lack of awareness, to the lack of proper resources. This existing dilemma was further deepened when the world saw the onset of the COVID-19 pandemic. Not all progress was lost but most of it was severely affected.

Unforeseen health emergencies like COVID 19 further expose vulnerabilities and global risk preparedness. The United Nations Development Programme highlighted huge disparities in countries’ abilities to cope with and recover from the COVID-19 crisis. The pandemic provides a watershed moment for health emergency preparedness and for investment in critical 21st century public services. The existing targets complementing the goal, such as target 3 D, which talks about how the need to strengthen the capacity of developing nations in risk preparedness. The pandemic is much more than a health crisis. It requires a whole-of-government and whole-of-society response, matching the resolve and sacrifice of frontline health workers.

For sudden emergencies, helping such countries with the help of the SDG Fund, would be a very helpful move, as they’d already be in dire need of assistance when calamity strikes.

The SDG fund comes as a boon in such times as the SDG Fund, particularly through the work of the World Health Organization, promotes positive changes in national and local health policies. For example, In Guatemala, the SDG Fund programme is addressing the health damages produced by aflatoxin contamination in corn. A risk analysis report is determining the prevalence and damage to health and a pilot is being tested to be expanded to other regions in the country.

Similarly, in Paraguay, the SDG Fund is working with the health system as part of a cross-sector approach for indigenous and vulnerable rural households, particularly female headed families, to produce nutritious and diversified food production. Health personnel are being trained on new monitoring systems to track health and nutrition status.

Helping developing countries with the help of such funds gives them a cushion to mitigate the impact of unanticipated calamities that they might have to face. This particular issue complements all other core issues that may affect the Agenda 2030.

Poor health leads to not only weakening of the quality of human resources, but also health infrastructures and the existing policies in place. It’s being addressed through innovation, research, planning and implementation which is happening now more than ever, as the world is united in dealing with the health hazard of a virus, and realising the need for good health infrastructure more than ever. The efforts have not been in vain. The newly adopted holistic approach to better health will require ensuring universal access to healthcare and to making medicine and vaccines affordable and finally, realising that health and wellbeing are closely linked with the quality of our environment.Goal 3 also aims to substantially reduce the numbers of deaths and illnesses caused by air, water, and soil pollution and contamination. 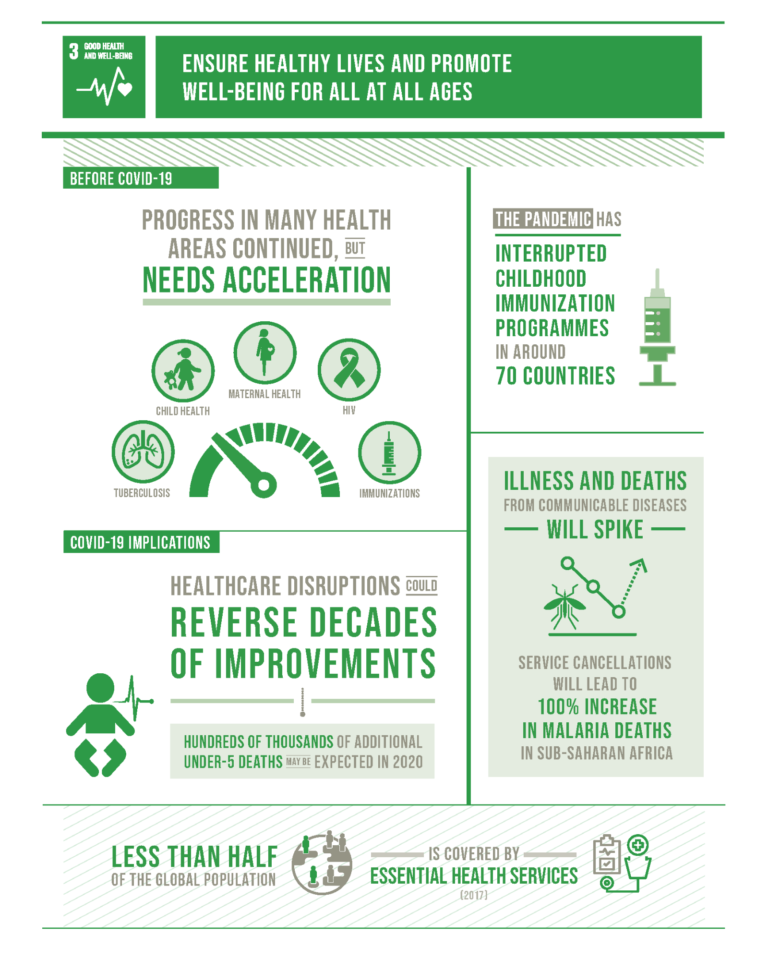